When you go through deep waters, I will be with you. 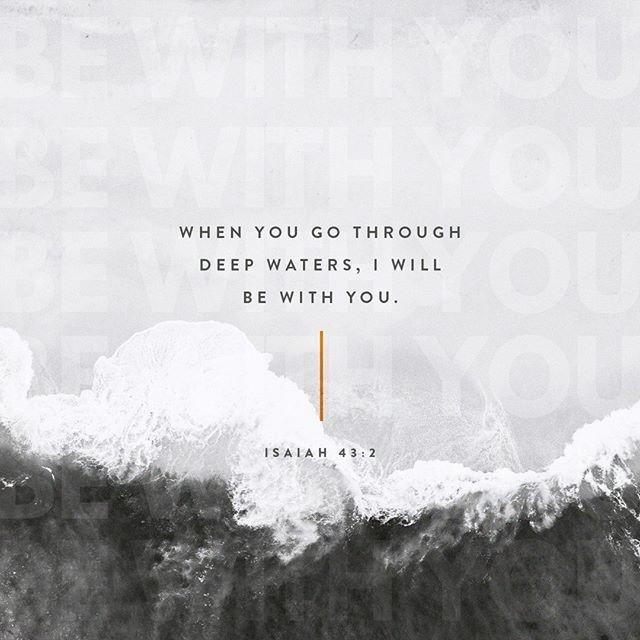 In this verse, deep waters mean hard times or trouble. But actually, there was a time before Isiah where God's people actually walked through the sea! Read the story below to find out more.

God’s people, about 600,000 Israelites, were enslaved in Egypt. Moses had asked Pharaoh many times to let them go free.

After suffering devastating plagues sent by God, the Pharaoh of Egypt finally decided to let the Hebrew people go. They set off into the wilderness.

God told Moses he would get glory over Pharaoh and prove that the Lord is God. After the Hebrews left Egypt, Pharaoh changed his mind! He was angry that he had lost the people who were working for him. He summoned his 600 best chariots, all the other chariots in the land, and marched his massive army in pursuit.

The Hebrews seemed to be trapped. Mountains stood on one side, the Red Sea in front of them. When they saw Pharaoh's soldiers coming, they were terrified. Grumbling against God and Moses, they said they would rather be slaves again than die in the desert.

Moses answered the people, "Do not be afraid. Stand firm and you will see the deliverance the LORD will bring you today. The Egyptians you see today you will never see again. The LORD will fight for you; you need only to be still."

Moses stretched his hand out over the sea. The Lord caused a strong east wind to blow all night, parting the waters and turning the sea floor into dry land.

During the night, the Israelites fled through the Red Sea, a wall of water to their right and to their left. The Egyptian army charged in after them.

Watching the chariots race ahead, God threw the army into a panic, clogging their chariot wheels to slow them down.

Once the Israelites were safe on the other side, God commanded Moses to stretch out his hand again. As morning returned, the sea rolled back in, covering the Egyptian army, its chariots, and horses.

When God’s people went through those deep waters, He was there to rescue them!

Unfortunately not the ones with chocolate chips.

Some cookies are necessary in order to make this website function correctly. These are set by default and whilst you can block or delete them by changing your browser settings, some functionality such as being able to log in to the website will not work if you do this. The necessary cookies set on this website are as follows:

Cookies that are not necessary to make the website work, but which enable additional functionality, can also be set. By default these cookies are disabled, but you can choose to enable them below: